It’s not enough to know about God. It’s not enough to have heard about Him and His attributes, but you must see Him for who He is. Just like Job said in  Job 42:5 “I have heard of You by the hearing of the ear, but now my eye sees You.” You have to have an encounter with God himself. You need to connect with His character and heart. There must be a strong relationship between you and God. He wants you to know Him deeply; how He works and how He is. He wants to have a close relationship with you so that He can show His power through you, so learning the biblical names of God and their meanings will help you to understand His Character and heart.

Here are 10 names of God and their meanings:

Elohim is a Hebrew word and it denotes “God” or “god”. Elohim appears at the very beginning of the Bible: In the beginning God [Elohim] created the heavens and the earth (Genesis 1:1). The word Elohim is used over 2500 times in the Bible.

The simple meaning behind the name Elohim is “mighty one” or “supreme one”. God is Almighty, He is the creator of the world and He is a powerful judge. However, the name Elohim is used on occasion to refer to human rulers, judges, and even angels.

The word Elohim is sometimes shortened to “El” and joined with another word. Examples include : El Shaddai (God Almighty), El Elyon (God Most High), and El Roi (God Who Sees). Some famous people of the Old Testament have El in their names:  Elijah (El Is Yahweh), Daniel (El Is My Judge), and Samuel (Heard by El). Even place names: Bethel (House of El) and Israel (Prince of El).

Our God is so powerful and nobody is like Him. 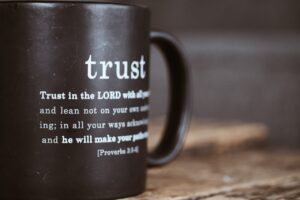 In Hebrew, the word “God Almighty” is used as El Shaddai and it probably means “God, the one who is Almighty”. However, there are still questions among scholars regarding the exact meaning of El Shaddai.

Our God is Almighty. He can help us in any kind of situation. He has a solution for every problem that you can ever have. Trust Him with all your heart.

Jehovah Jireh is one of the names of God found in the Old Testament. We were first introduced to this name when God provided a ram to be sacrificed to Abraham, and then Abraham called that place “The Lord will provide” in the King James Version, it’s called Jehovah Jireh, which is taken from the word YHWH- Yireh (Genesis 22:14).

God has a plan for you and He will fulfill it through you no matter what. God knows what you need and He will provide everything. We read In the Old Testament, how God provided every need of the Israelites in the wilderness. And in the New Testament Jesus tells us not to worry about what we need because our heavenly Father already knows what we need in order to live. 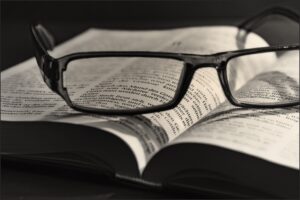 Jehovah Rapha means the Lord who heals in Hebrew. The name Jehovah Rapha can be read in Exodus 15:26 where God says to His people: “If you listen carefully to the Lord your God and do what is right in his eyes, if you pay attention to his commands and keep all his decrees, I will not bring on you any of the diseases I brought on the Egyptians, for I am the Lord, who heals you.”

In this context, God gave this instruction after He had healed the waters of Marah (Exodus 15:22-26). The water was bitter but God made that water good enough to drink. God not only can heal our bodies but He also can heal anything that is bitter. He heals emotionally, physically, spiritually, and mentally.

Amalekites were powerful and strong enough to defeat the Israelites. However, the battle took place Moses went up to the mountains where he was able to see both armies fighting and there he held in his hand the rod of God up to the sky. As long as Moses held up his hands, Israelites were winning but whenever his hands were lowered, the Amalekites were winning. Later on, his brother Aaron and a man named Hur helped Moses in keeping his hands up because His hands were growing heavy. Finally, the Israelites defeated the Amalekites.

The battle was won not by wise counseling or a great army but it was won because of the strength that God provided to His people.  The Israelites were fighting, but God was helping and empowering them.

Click here for – The Names of God Explained. (Part 2)

Why does God call Himself a “Jealous God”?

The Names of God Explained – Part 2