We read in the Bible that Jesus tells His disciple to go into the world and make disciples of all nations, baptizing them in the name of the Father and of the Son and of the Holy Spirit, also known as ‘The Great Commission’(Matthew 28:19). Jesus wants people to be His disciples, not nominal Christian or Crab Christians.

It’s not a light thing to be a disciple of Jesus Christ, it requires a very strong commitment and it’s a lifelong process but it’s possible with God. Jesus wants men and women who diligently seek him with their whole life, strength, and time. He is not looking for those who give Him their spare evenings or their weekends or their years of retirement but rather the first place in their daily lives. Being a disciple means being a lifelong student of Jesus Christ.

“In the same way, those of you who do not give up everything you have cannot be my disciples” (Luke 14:33)

It’s very easy for people to think that Jesus is not telling us to forsake everything that we have (luxury, money, own life) but the fact is so clear that this is the word of God and He means what He says. The one who wants to be His disciple, he must forsake all. 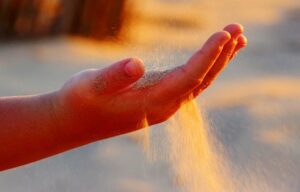 We must not be surprised that Jesus is talking about forsaking all for the first time.

Didn’t Jesus say: “Do not store up for yourselves treasures on earth, where moths and vermin destroy, and where thieves break in and steal. But store up for yourselves treasures in heaven, where moths and vermin do not destroy, and where thieves do not break in and steal”(Matthew 6: 19-20)?

Did Jesus not instruct the rich young ruler, “When Jesus heard this, he said to him, “You still lack one thing. Sell everything you have and give to the poor, and you will have treasure in heaven. Then come, follow me” (Luke 18:22)?

It’s also true that the believers of the early church “They sold property and possessions to give to anyone who had need” (Acts 2:45). There are so many men and women who literally forsook all for the Kingdom of God.

How can we pray for the fund of Christian work when we ourselves are not using our money for this purpose? A true disciple will put his wealth to expand the Kingdom of God. Forsaking all for Christ saves us from hypocrisy in prayer.

One may say, we need certain material possession for daily life or a certain amount of capital for business or anything that is essential. This is so true and we must have it. But let’s live a sacrificial life and always want to please God. When a man obeys God, God takes care of him.

“The lions may grow weak and hungry, but those who seek the Lord lack no good thing” (Psalm 34:10).

Those who want to be His disciples should know that there are thousands of escape routes. Many ways to go back to the previous life but the one who endures every hardship will be crowned. There are three men in Luke 9:57-62, who would have been His disciples but they let other things overtake Jesus’ voice.

The first man said, “I will follow you wherever you go.” Jesus replied, “Foxes have dens and birds have nests, but the Son of Man has no place to lay his head.” Jesus literally meant that foxes and birds have their own homes and worldly comfort and I do not have this luxury. Are you willing to sacrifice worldly comfort and follow me? And we don’t hear from the man in the Bible again. He might have selected his previous lifestyle. Probably, he didn’t want to follow Jesus without earthly comfort. 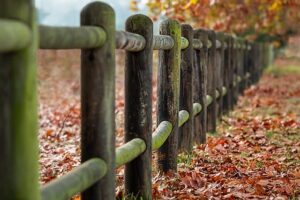 The second man was called by Jesus. He didn’t say anything to Jesus like the first man, but Jesus calls him and says “follow me”.  The second man’s reply was something that can be understood as his responsibility or his job. However, he put his own claims above the claims of Christ. His reply “Lord, first let me go and bury my father.” It’s not wrong to a man whose father is dead, giving a decent burial. But his answer was exposing to what he gives more importance. When Jesus is on the throne in a disciple’s heart, then every job and responsibility comes after His voice. The life of true discipleship demands that the kingdom of God and His righteousness be sought first. He just wants to hear “Lord here I am”.

I think if the second man had followed Him and his father was dead, then Jesus would have told him to go and bury your father. Jesus acknowledges our relationships, responsibilities, and our hearts. He wants His disciples to take care of His family. However, He doesn’t want His disciples to neglect or avoid or disobey Him and put other stuff above Him.

The third man says “I will follow you, Lord; but first let me go back and say goodbye to my family.” I mean there is nothing wrong with his request and it’s not against the law of God. But, he failed when he allowed the tender ties to supersede the place of Christ. On this, Jesus says “No one who puts a hand to the plow and looks back is fit for service in the kingdom of God.” Jesus doesn’t want anybody who is self-centered or who is distracted by sentimental relatives.

You May Like: The importance of spending time with God

There are thousands of people who couldn’t go to the Christian mission because of family relationships. But those who trusted Jesus and walked with Him got more houses, brothers, sisters, mothers, and families. When I was going for the mission, it was hard for me to leave my family. I thought nobody would ever love me and understand me like my family, and who would take care of my family? I would not be a part of family meetups and festivals and so on, but I trusted God anyway and went for the mission with tears in my eyes.

In the mission field, many people opened their doors for me and loved me so much that I didn’t even remember my family and meanwhile, God was taking care of my family and their needs. I got many friends, brothers, sisters, and families all across India and the USA just as He said in (Mark 10:29-30). When we put God first, He changes everything from top to bottom.

A disciple of Christ is a steward; He has to take care of His property. Jesus talks about an unfaithful and dishonest steward in Luke 16:1-13. There is essential teaching can be learned in the parable.

Jesus talks about a manager who was hired by a rich man. The rich man finds out that his manager is wasting his possessions. Therefore, he asks for an account of his management from the manager because he would not be the manager any longer. 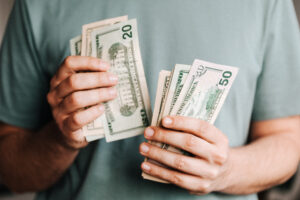 The manager realized that he would soon no longer have the job because he was too old to do hard work and he was ashamed to beg. So he got an idea that would secure his future and people would welcome him in their houses. So he went to each one of his master’s debtors and reduced their debt. The most shocking thing happens when his master commends him because he acted shrewdly.

8“ The master commended the dishonest manager because he had acted shrewdly. For the people of this world are more shrewd in dealing with their own kind than are the people of the light.

You May Like: Living a life that pleases God

Why was he commended for such crookedness? No righteous man would ever approve such dishonesty or unfaithfulness. But he was commended because he acted more wisely for his future. He made sure that after he had lost his job, he would still have friends.

This is the teaching that Jesus wanted His disciple to learn. Worldly people do whatever they can to secure their future. They mostly think about their old age, years of retirement, so they accumulate wealth to live on it in these days. As a child of God, our future is in heaven for eternity with Christ.

Jesus says “I tell you, use worldly wealth to gain friends for yourselves, so that when it is gone, you will be welcomed into eternal dwellings.” Jesus wants His disciples to use worldly money or other material possessions to win souls to Christ and to bring people from darkness into the marvelous light. So that when we die or are taken to heaven by Christ at the rapture; those who won through worldly mammon, welcome us into eternal dwellings.

Money can be used for Christian Radio programs, the Bibles, tracts, or any other Christian literature; Supporting Christian missionaries and other Christian workers. By doing this, we store up treasures in heaven and those who are saved through the money that was used will welcome us.

Click here – What It Means To Be A Disciple Of Jesus Christ? (Part -2)

What It Means To Be A Disciple Of Jesus Christ? (Part 3)

What It Means To Be A Disciple Of Jesus Christ? (Part -2)